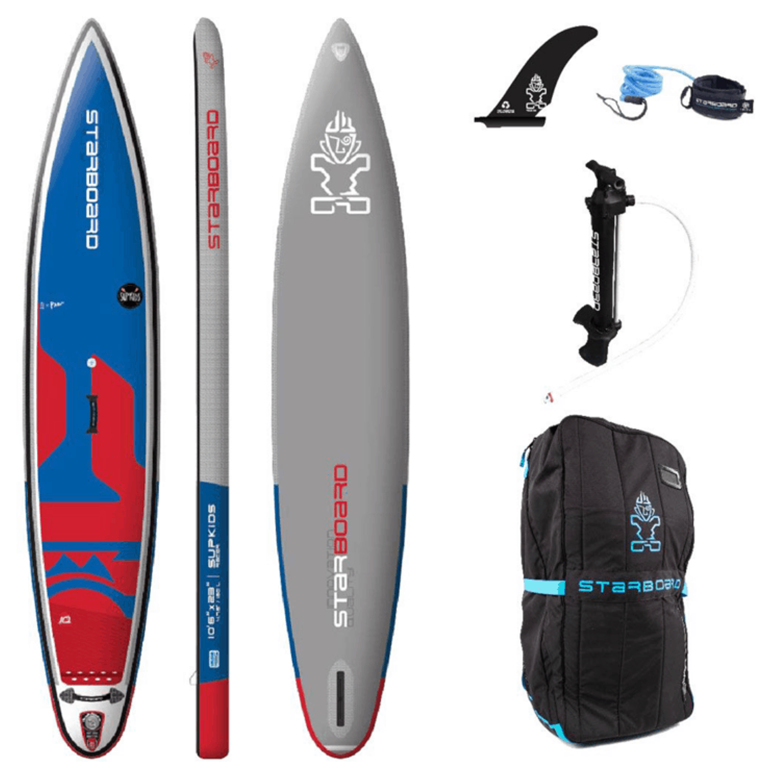 we’re very impressed with both models and if you have a paddle and aren’t too worried about the budget, the Starboard SUPkids Inflatables are 2 solid choices for any young paddlers in your life.

One thing that most of us can agree on is that we want our kids to be safe, but that’s not to say that we don’t want them to have fun, too! So, is there is a way that they can get in on the paddleboarding action without causing too much stress to the parents?

Remember that as we write about this, we’re talking of the performance from the perspective of a younger, lighter person since these would not be good iSUPs for the average adult. That being said, both boards are slightly wide considering their length which spells out a more stable ride for anyone who might be on board, including any passengers that might have hitched a ride. 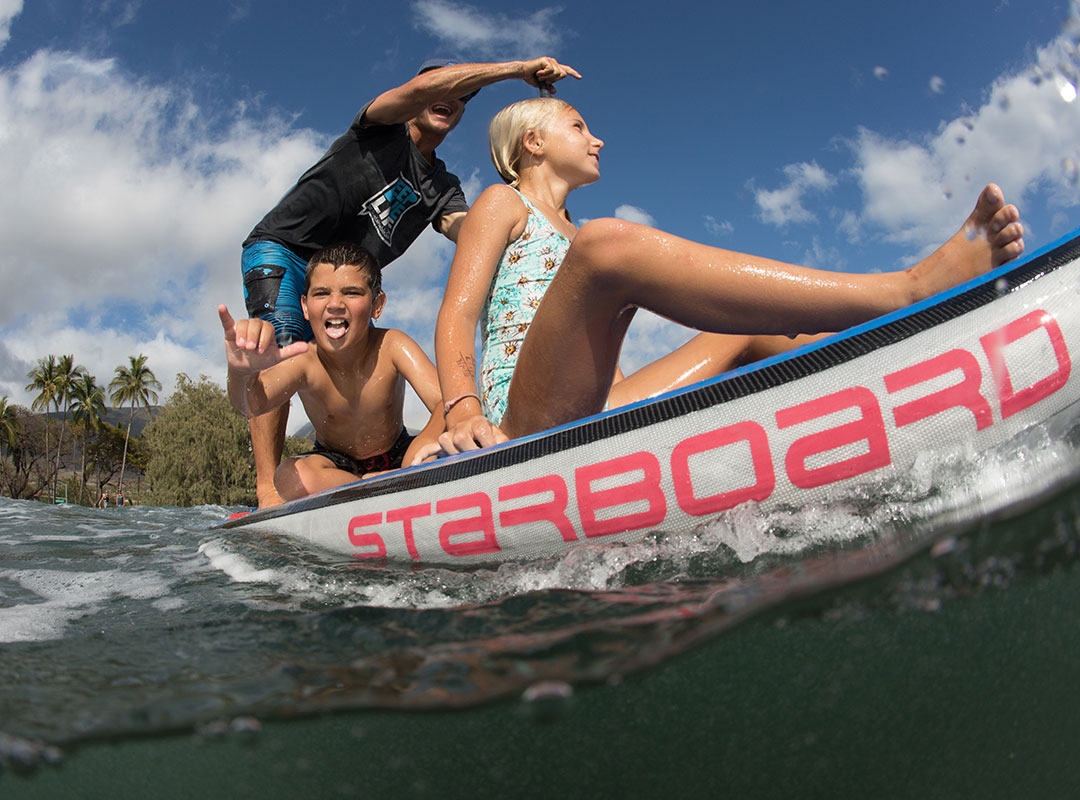 As far as speed is concerned, the base SUPkids board performs at the same level as your standard iSUP along the lines of the iGO since the proportion of width to length is about the same. Obviously, the Racer model is going to move faster since it has a slimmer profile and a fin better set up for speed. Of the 2, the SUPkids model is much more maneuverable and is better suited for exploring cramped areas rather than moving quickly.

Honestly, there isn’t a lot going on these boards since they’re meant to be very general purpose and not for any real long term use, like what you would see in a touring board. But that’s not to say that there is plenty of features to do the job. First off, there is the center grab handle to help them move the board over land. In addition, there is a second grab handle on the back that will allow access in and out of the water plus dragging on the beach without damaging the fins.

The real star of the show here is the EVA foam padding. On most boards, you can expect to see a certain percentage of the board covered, typically no more than 50%. However, here the entire deck of both boards are covered. Why would they do that? For 2 reasons. The first is that the paddleboarder can bring some friends on board with everyone being nice and comfy. Second, if they were to fall on the board, they would be falling on a softer surface and not have to worry about hurting themselves.

A feature unique to the Racer is a diamond groove tail kick pad which allows the paddler to stand toward the back of the board and not worry about falling off. This is especially useful when paddling as fast as possible in a racing situation and can be seen on other racing boards.

There are no choices when it comes to color, just in which of the 2 sizes you prefer. Both boards come in the traditional Starboard colors of red, white and blue.

The SUPkids board sports a short 3-fin setup that is geared to helping with tracking while offering maximum maneuverability. However, since they’re so short, they don’t lend much to the speed of the iSUP. The Racer, on the other hand, has a single 23” racing fin that is removeable and replaceable if you so choose, though we doubt it would ever be needed.

Interestingly, there is no storage area on this iSUP and therefore no D-rings on the deck. There are, however, 2 D-rings on the board: 1 at the nose for docking or towing and another on the tail for a ankle leash attachment.

While Starboard generally give a choice of 1 of 4 construction options, each of the 2 SUPkids boards has a single option. For the Racer — the Deluxe Single Chamber. Essentially, it’s a single chamber inflation area on the inside but reinforced rails that use a heat process on their seams versus the traditional glue in addition to drop stitching. For the regular SUPkids board, it’s the Zen construction, which is similar to the previous type just with no added features on the deck and less padding.

On both boards there are extra reinforcements to the rails to make sure that they don’t wobble at an inopportune time and cause the paddler to lose stability.

Out of the box, you get a travel backpack, removable center fin, ankle leash and tiki air pump. As a side note, the air pump is made from recycled fishing nets and the newest version is 10% more efficient than the previous model.

There are quite a few iSUPs geared toward kids, but it always makes us happy to see a brand take these boards seriously instead of just a throwaway or merely a shorter version of an existing board. We love how this board is designed for kids to be kids, meaning that it’s very forgiving yet fun to use.

Of course, we have to add our obligatory criticism about Starboard not including a paddle with the package. At the price point of this and their other boards, we don’t understand why they couldn’t include something, even a cheap aluminum number. The reason we bring this up is that you need to factor this in to the final purchase price.